​Marci is the NY VP of Casting for ABC Entertainment covering the entire East Coast (and beyond) acting pool for the ABC Television Network. For over 25 years she has cast for ABC pilots, new series regulars, recurring roles and numerous guest star roles.

Marci has been heavily involved in finding (and in many cases mentoring) the talent for the Disney Discovers Talent NY Showcase since its inception in 2000. This illustrious roster includes Lupita Nyong’o, Chadwick Boseman, Gina Rodriguez, Pedro Pascal, Jesse Williams, Jermaine Fowler, Ali Stroker and a multitude of others too numerous to mention!

Marci has coached and taught actors for decades and previously worked as a Casting Assistant for MGM Studios. She cast the independent film “Let It Snow”, which was featured at the Sundance Film Festival. She also co-produced and cast two off-off Broadway plays and is the author of the book “The Present Actor - A Practical and Spiritual Guideline to Help You Enjoy the Ride”.
Her life experience in this business actually outweighs her professional experience.... but that's too long a story for this Bio! 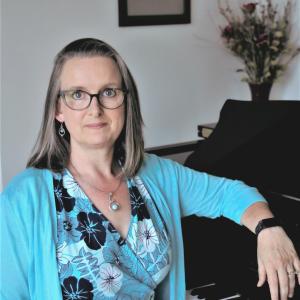 ​Carol Krusemark is a voice-specialized speech-language pathologist at the Massachusetts General Hospital Center for Laryngeal Surgery and Voice Rehabilitation. Current clinical focus includes rehabilitation of the speaking and singing voice, the impact of trauma on the professional and emerging vocalist, and trauma-informed care in voice therapy, the vocal studio, and clinical supervision. She has worked in a variety of settings, including hospitals, out-patient clinics, schools, and military treatment facilities, with clients across the lifespan. As a vocalist and former voice teacher, she brings her understanding of voice terminology and technique to her work with vocalists, while her speech pathology background informs her understanding of vocal function.  She holds faculty positions at the Massachusetts General Hospital Institute of Health Professions and New England Conservatory.

CHECK  BACK  SOON  FOR  UPDATES!